Chocolate Fondants are irresistible chocolate puddings with melted molten chocolate in the middle which are usually drizzled with a bit of cream or some ice cream. Most restaurants tend to have them on their dessert menu and Guu makes a delicious version of them too. Nonetheless, making them from scratch at home is far more satisfying and in fact cheaper. They taste even better than ones you buy and have the added value of knowing you made them yourself. 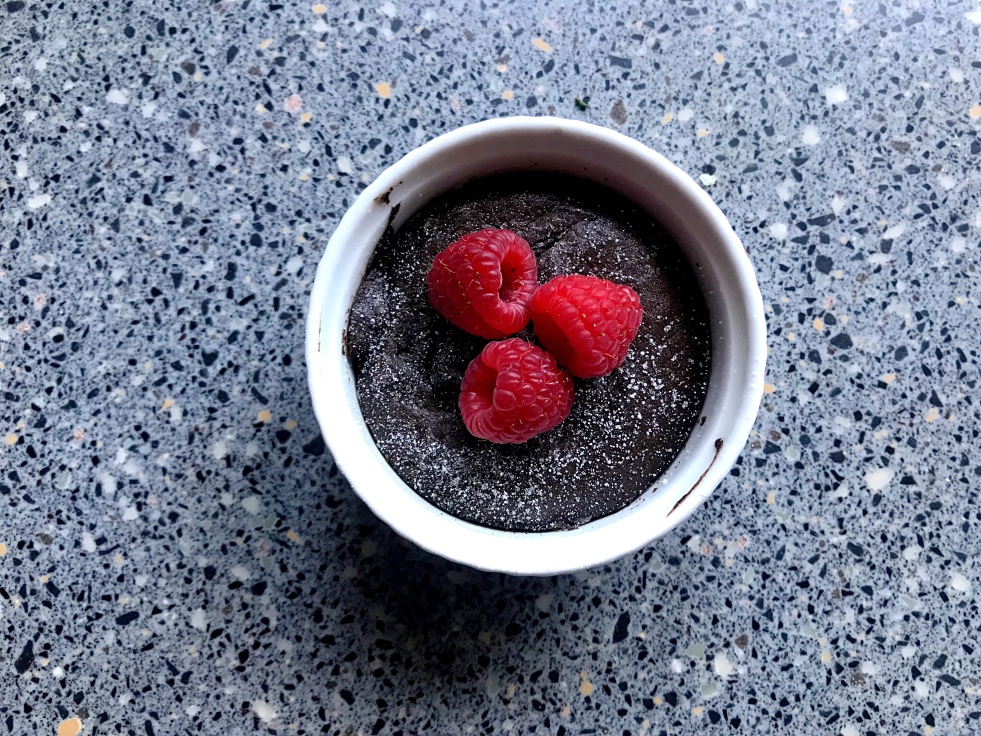 This is another rare bake my boyfriend loves! Often on weekends, we’ll grab one of these desserts to have as a treat. I promised him one day I would make them myself for us and here we are! We recently moved in together so I chose this as an opportunity to make a big homemade meal including this dessert.

The fondants, as I’ve already said, are surprisingly cheap to make with only 5 simple ingredients needed, most of which will be in your cupboard already! They’re also very very easy to make. The sound of trying to bake something which has a molten middle always sounded daunting to me. However, it was surprisingly easy, quick and I’d say you can easily knock them up in half an hour. There is very little to dislike about this recipe. 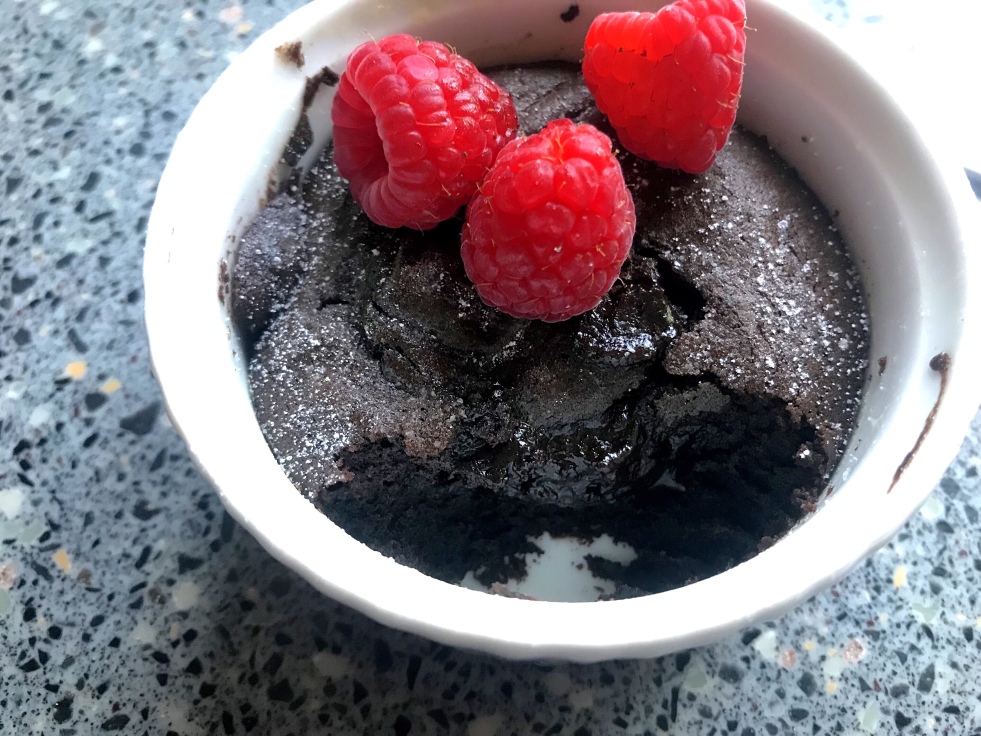 The trick with fondants is all in the baking time. I took them out about a minute before the recipe said and they were perfect. Nail this, and the job’s a goodun. My Mum used to make these when I was younger and I was always amazed at how she did it. They were easily one of my favourite puddings she’d ever made. Now I can proudly say I can replicate these with ease, and so can you! 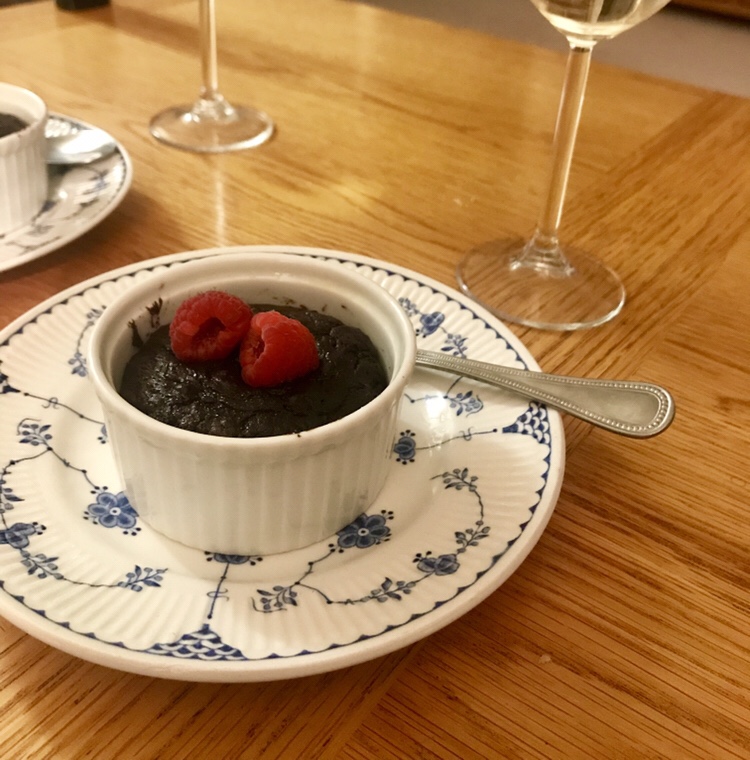 Recipe inspired by My Mum and adapted from Martha Collinson.

Make 8 puddings, half the ingredients to make 4!)

Cream or Ice Cream to serve, I also think these look really good with an icing sugar dusting and Raspberries

The pots I used you can see in the pictures, you can use moulds instead however if you want to turn the puddings out, basically anything which can hold something similar size and bare the heat of the oven will do.

*Be careful the pots will be very very hot for a while!!