This weeks bake is Red Velvet Cupcakes- something which I personally have never done before. Not only this, but there was another challenge involved for me this week- I had to make 36 of them for my lovely friend’s surprise Birthday. Read on to find out how it went and to get the recipe for these delicious cakes, which are easier than they look! 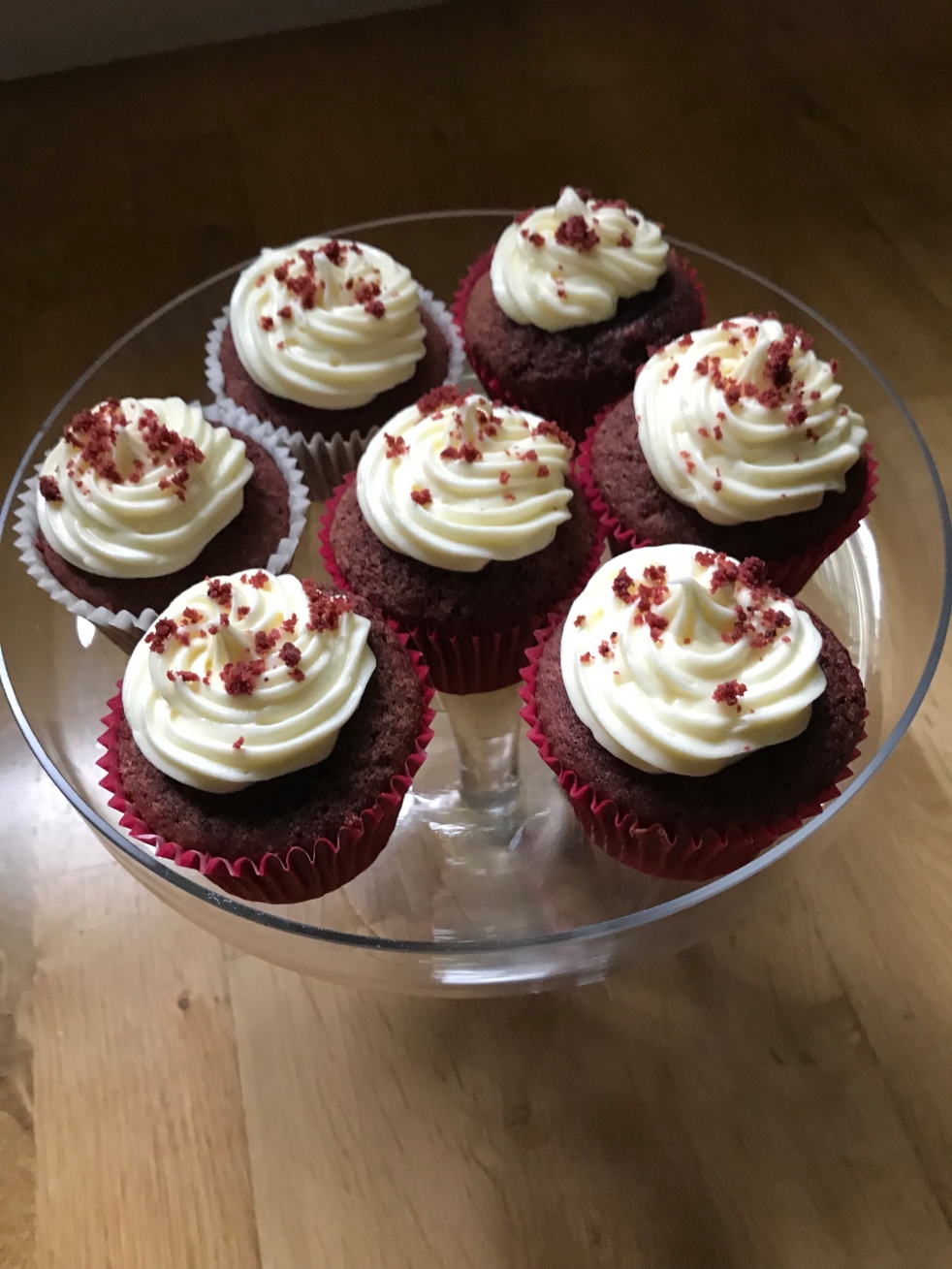 So 36 cupcakes on top of having work and an exercise class during a week all to be done before the Friday night-eek! To say I was a little uneasy is an understatement. I decided to do it in two halves to make the challenge seem less like a mountain and more a small hill. So I baked on the Wednesday and Iced on the Thursday evening. A word of warning when the cupcakes first come out they look worrying browner than you expect- but fear not inside the colour is still what you want! Once I had them iced and completed Thursday the relief was unreal! 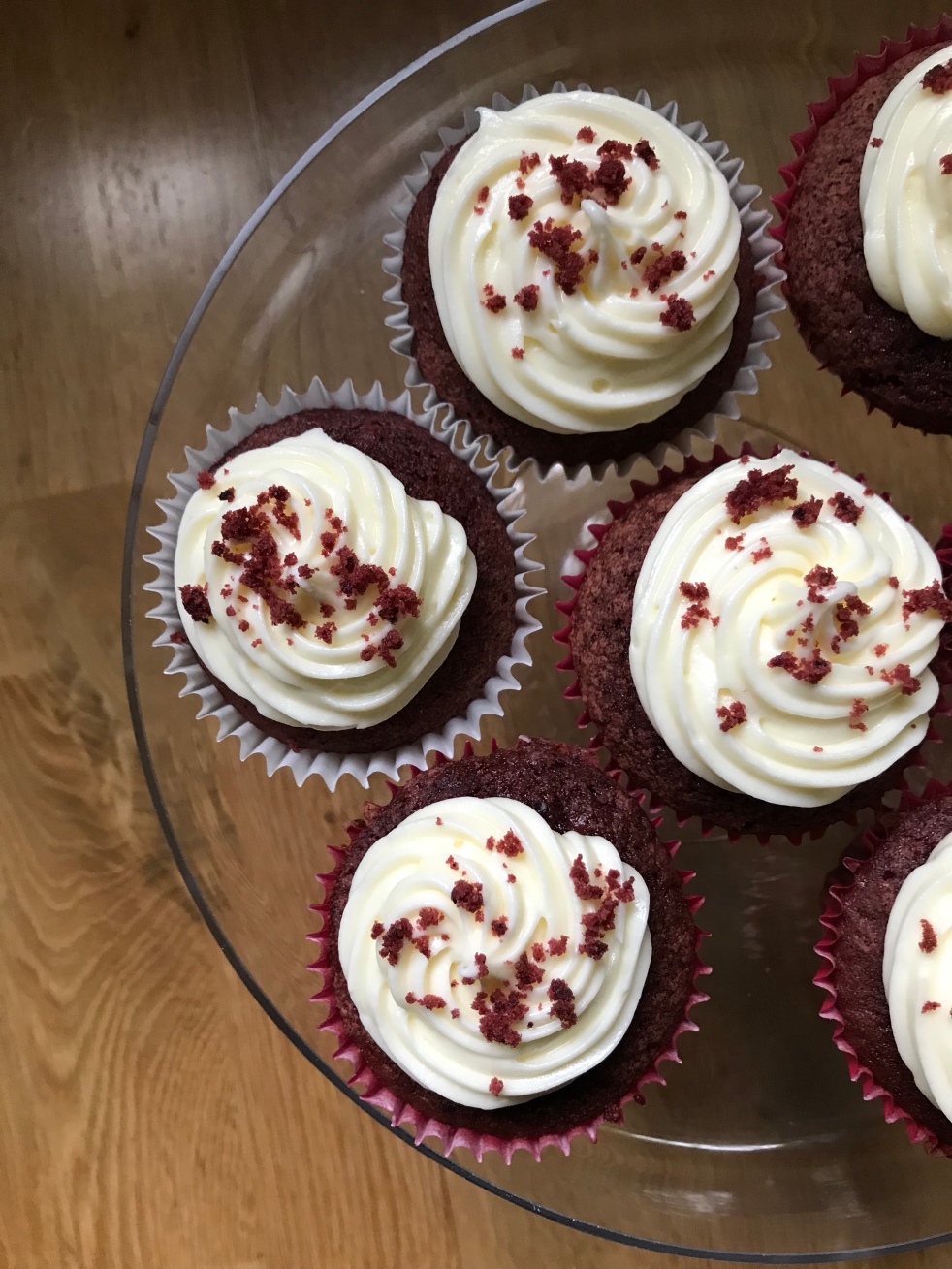 However, the nerves did come back when the night came and I wasn’t sure how they would go down. The party was some drinks in the upstairs of a bar, so I was apprehensive whether people would want cake with drink. But again, I was proven wrong- They went down a treat and there were only about 10 left by the end of the night! I took the last ones to my other friends birthday the next day when again, they seemed to go down well. 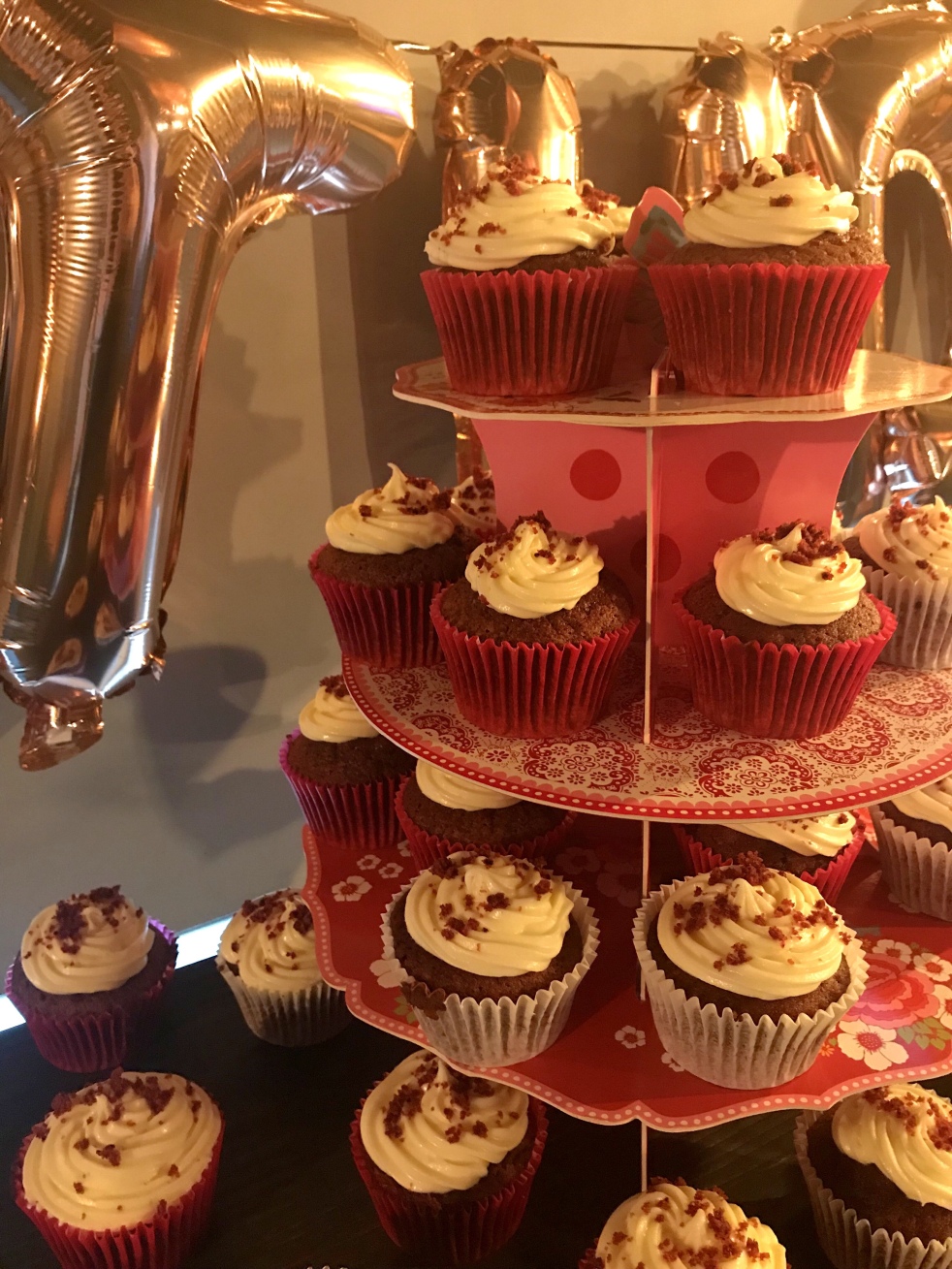 Admittedly, I am feeling quite proud of myself for this and definitely feel a sense of achievement having it been my first go at something like this! I guess I also learned not to be so hard on myself and have a little bit more faith! It was good fun too baking for an event and very satisfying. It’s definitely something I would love to do again.

So here it is, the recipe to these delicious cakes. Keep them in the fridge and they’ll keep for days and days! Recipe inspired by The Humming Bird Bakery.

One thought on “Red Velvet Cupcakes”