It’s a been a while since I did a Coffee Date Series post. With a busy Christmas and being struck by a god awful cough as well, it was difficult to get out to coffee shops. But finally, I made it out and managed to get a catch up in with my friend from work in the process! This weekend I went to the brunch cafe Fourth and Fifth in Milton Keynes. When I find places like this in the area it makes me so happy! The city is honestly drowning in chains which are so repetitive and boring. Locations such as Fourth and Fith which bring something different and independent to the centre are so rare.

Located in the city centre near the Hub Fourth and Fith is slightly hidden away. This for me makes it something even more unique and different. It is away from the crowded shopping centre, away from traffic and is a perfect little get away from the bustle. The name was given to its location too, as it is on a fourth and fifth street at Witan Gate Studios. It’s an easy walk from the hub and if not there is plenty of parking next to it at only 50p an hour as well (a bonus with expensive parking rates usually around the centre). If anyone is local to the area it’s just behind Thai Modern.

Fourth and Fifth was launched by the owners of Thomas Connolly Estate Agents and Bogota Coffee (a popular coffee shop in the hub which has excellent coffee) in the Summer of 2017. Even better, they have also teamed up with an MK Coffee Roaster, Carlo’s Coffee Kitchen to supply their coffee a bean. This is out of the ordinary for Milton Keynes as I said, but it’s a step in the right direction. The establishment was created to provide an independent place which provides brunch and breakfast to residents, as well as a few drinks during the day such as cocktails and prosecco. Given the location is right next to the station too, so works as perhaps a starting place for a trip out to London. Something like this was needed and the gap has finally been filled. Next to lots of businesses too, it’s a great place for a lunch, to take a client out, or for a takeaway coffee. But what is it really like? Are the high expectations being met?

The interior design of Fourth and Fifth is quite similar to many independent coffee shops which are popping up at the minute- but it works! With grey walls and yellow furnishings, the contrast is beautiful. Finished off with simple lighting and wooden tables the layout makes the location feel relaxing and fresh. There is also an area outside which you can sit in the summer. The shop is large and open plan making for plenty of room for tables, I can imagine even on a really busy day it would still feel clutter free and not as if you’re almost touching other customers. I love spots like this when you feel as though you do have room to chat and relax. One thing which also caught my eye was the grey tiles they have put in where the booths are. They give the place a little more character with something so simple! Overall, I love how they’ve laid the shop out and I honestly couldn’t fault it, I wish more places were like this! There are plugs too if you need to put a laptop in, booths, high tables, big tables for families and tables by the window for those busy bees.

Now onto the best bit- food and drinks. For our brunch, I ordered Pancakes with berry compote, greek yogurt, and cinnamon. My friend had the eggs benedict and bacon. Upon ordering the service was really friendly and it didn’t take long for the orders to come out either. They were tentative too and made sure we were happy and sorted out. The pancakes were gorgeous. There must have been a stack of 4 and the amount of fruit and yogurt was generous, I never ran out of anything to put on my pancakes. The added cinnamon gave it that little flavour too. All this for only £6.50! The eggs benedict were ‘eggcelent’ (excuse the pun, my friends choice of words, not mine). They looked perfect, as instagrammable as brunch can get at £7. As well as this there’s a selection of avocado on toast for only £4, eggs and beans, and a full breakfast for £8. There’s also a choice of a salad bowl and some sandwiches at £3.95. Considering how nice the food was the price is reasonable to me. You can also have some of these options to go too, as well as pastries. 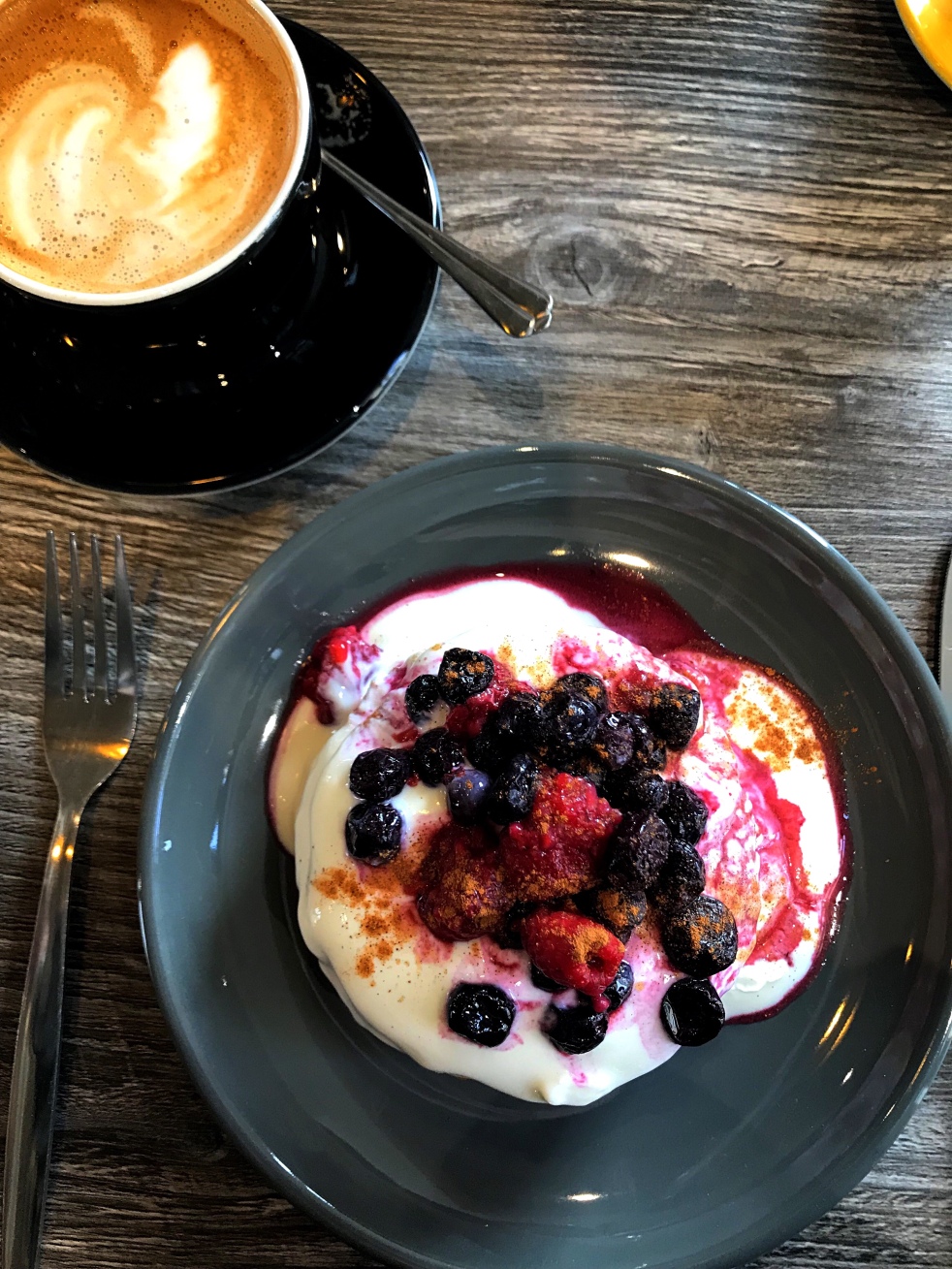 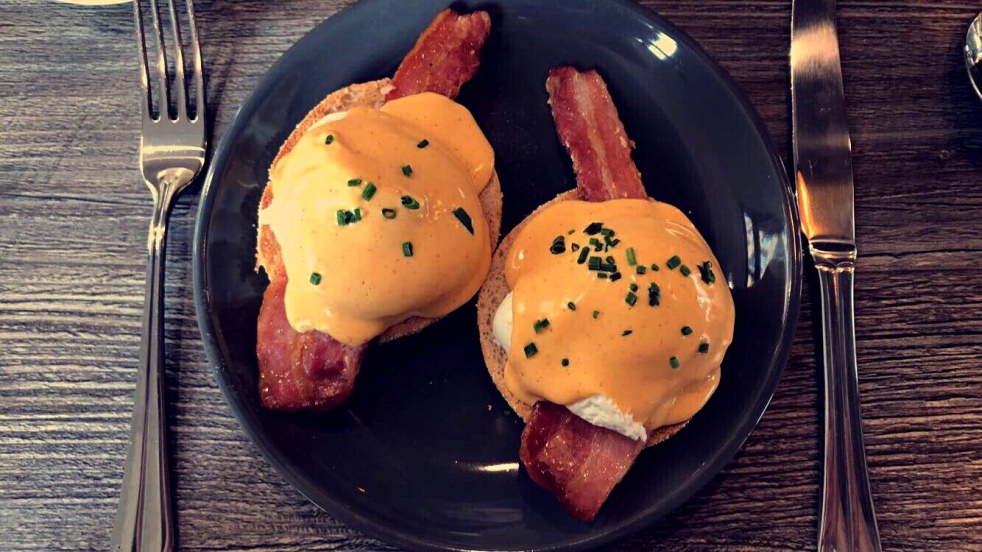 Now onto coffee! On average the prices for standard coffee is around £2.20 to £2.50. You can add extra flavours too so for those who love their Caramel Lattes (like my boyfriend) there is still something for you. The Coffee is a great quality and strong. It isn’t very bitter at all but still has a sharp, distinctive coffee taste, which I love with the froth of a cappuccino. As I said before it’s from a local roaster too which only makes it better. There are also cocktails they serve there too- although it isn’t very clear. They are priced at around £6. 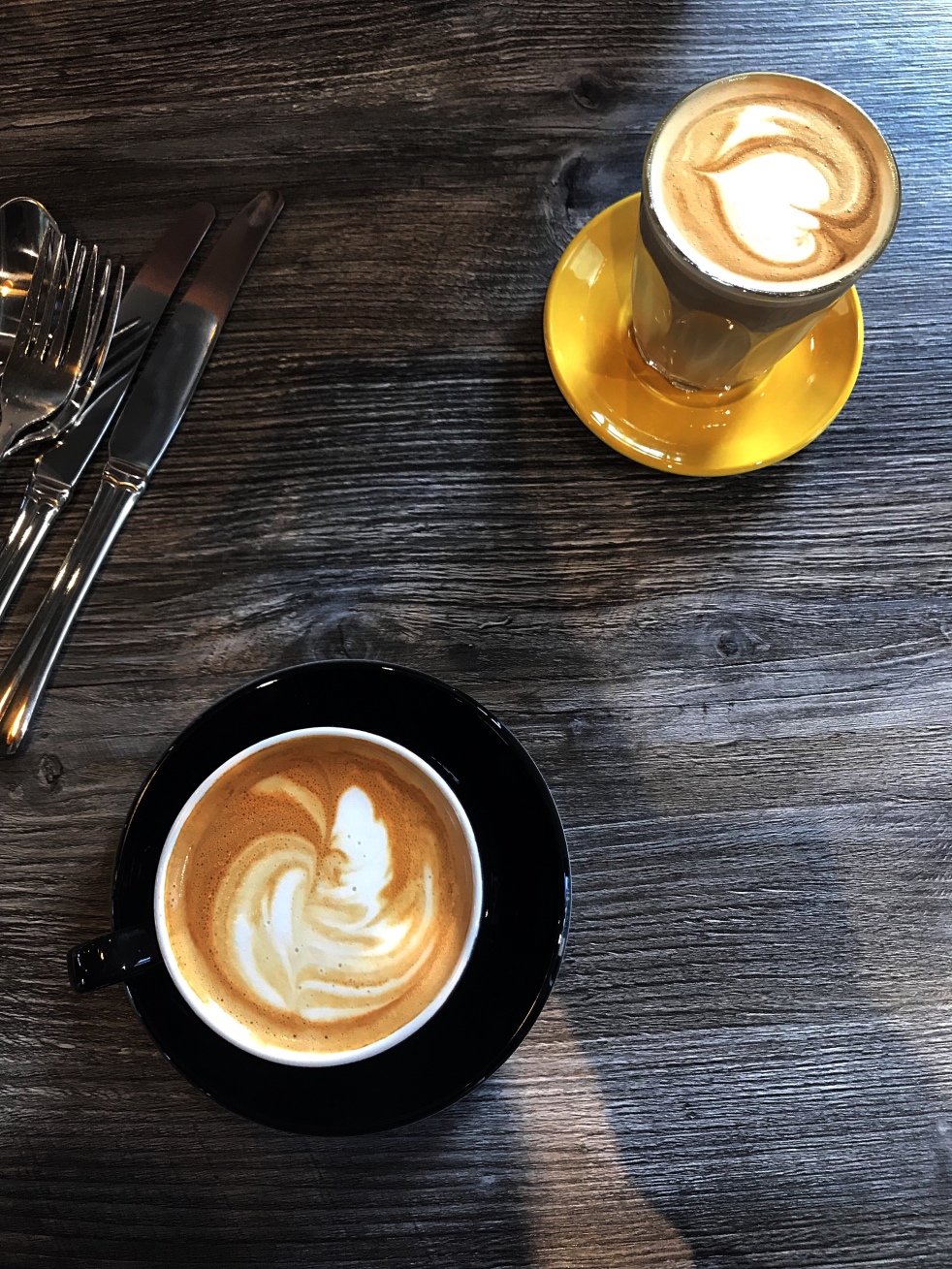 Fourth and Fifth also offer a bottomless brunch on weekends and bank holidays! I believe this is the first place in MK to do this- result! This would be a perfect idea for a girls catch up, or a celebration, I did see a birthday in there as well when I was there. With unlimited prosecco for 90 mins and a selection of pastries and a choice from the brunch menu you cant go wrong. Prices at £30 it’s a great alternative if you always wanted to try the bottomless brunch but don’t want the hassle and costs of going to London or Birmingham.

Overall Fourth and Fifth have finally brought something unique and something which was missing to Milton Keynes. With brunch becoming an exceedingly popular activity for the weekend I would recommend anyone local to the area to go for a relaxing morning there. The staff are friendly, the food is gorgeous and all at the reasonable price on your doorstep. Ditch the overpriced, crowded chain coffee and get to Fourth and Fifth, I believe that it would become most people’s regular choice once they have gone. A weekend dream.